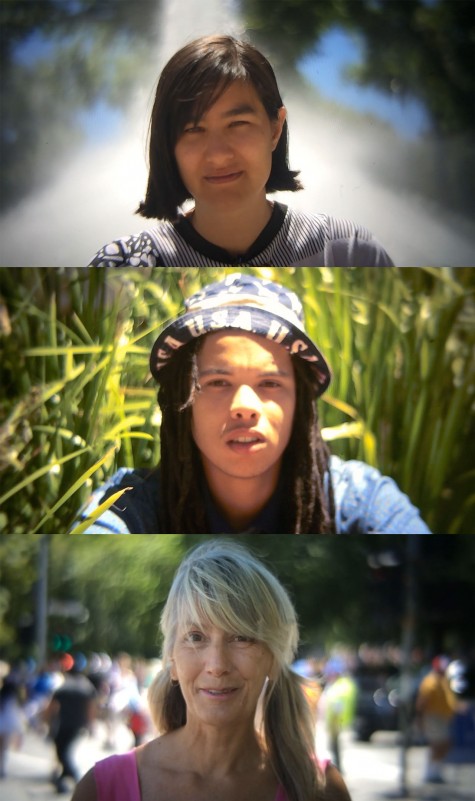 A. I’ll be responding to the Yoko Piece Film No.9 (Don’t Worry Love), I’ll be trying to stick to the script as strictly as possible, I’ve chosen it because it seems as if it will be the easiest to actualise. It calls for a collection of shots of people saying the phrase “don’t worry love” slowed down. The piece is intended to be a positive vibration that emanates across time and space from a distance. So I’ll be asking for people to envisage that they are speaking to a future generation. The problem I’ll be having to reconcile is how long to stretch each shot as high speed photography has advanced since Yoko wrote the score.

A. Sorry but this spectrum is faulty, I recall a conversation with an artist who told me she was disappointed that she didn’t have the means to make a particular work out of gold. I responded that I had wanted to make a work levitate but had been frustrated by gravity. My sarcastic point being that there are always constraints in any situation and spontaneity, intuition and improvisation can only occur against this background, in fact they are only meaningful as far as they acknowledge and engage with these constraints. Yoko’s scores, though far more constrained than say George Brecht (for example) are far more open than they are closed. In fact the event score’s ability to be specific is extremely limited and it’s positioning as a works singular limiting device means that all things NOT in the script are open to interpretation. This is in contrast to a conventional musical score which implies it is to be interpreted within the tradition of the western musical score and all that it entails.

Nathan is responding to:
Film No. 9 (Don’t Worry Love)
This is a love message we send from England to all over the world and to the future. The idea was conceived from the fact when a star blinks, we only conceive it 2000 years after it’s actually blinked. And that they say that the love we feel now is the love that’s been conceived by some- body 2000 years ago, or that somebody in the corner of the world is sending love vibrations just to keep us in love, etc. The film will be 20 seconds each shot of peo- ple smiling and saying “don’t worry love”, but be- cause the shots are done in highspeed, each smile would actually be synchronized to the highspeed motion so that what you actually hear would be a strange elongated version of “don’t worry love”. I hope this film will make the whole world a shade happier and rosier, and that our smile would encourage people of 2000 years later, just as the blinking of stars. It is actually a film that would be most effective if it’s seen in our great, great grand- children’s time. We must get a galaxy of people with strong good vibrations to smile in this film-people who represent our age.