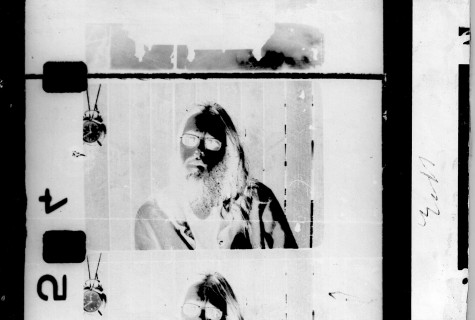 The 55 minute Experiments was the second of three funded films from the Experimental Film Fund and the Australian Film Commission’s Creative Development Fund in the late 70s. It must have been about $7000. That paid for the processing and film stock.

It was finished in 1981 or 1982 depending on which text you read and it says something even earlier on the film’s titles. I can’t be sure any more. It was supposed to be a single channel work but I had so much material I turned it into two screens to accommodate more of it.

I performed with it at MIFF in 1982. I screened it around Europe, including Stedelijk Museum in Amsterdam, Kino Kommunales in Frankfurt and the Pictura Art Gallery in Dordrecht. At Pictura some in attendance were upset because I kept putting my hands in front of the lens during the screening.

I had already started collecting bits of discarded film. Rolls of rejected 35mm ads and light tests that I rescued from the dumpster at Cinevex Film Laboratories in Elsternwick where I was working film processing at the time while training to be a Social Worker. I also recycled bits of sound, looping the chorus from John Lennon’s God, bits of Charles Ives and Buddhist Texts that I screamed out in an agitated state. Bits of my own films, like Discs and Loops were also incorporated.

This was an experimental documentary about everyday life that also reflexively recorded the film apparatus that contained these snippets. I wanted the filmstrip, the splice and the filter’s material presence to be critically visible. It had hundreds of obsessive tape splices in sections that I had to double splice before they would print it. Labs preferred professional cement splices to unreliable tape splices. They marked its marginal aesthetic.

Rod Bishop wrote a review of it that was never published, although he did send me a copy. I wrote on it myself for Cantrill’s Filmnotes. Experiments was also printed and processed at Cinevex.

The National Film and Sound Archive’s copy is the only print of this film that exists. I could not afford another film print at the time and the splices have since degenerated. Maybe the AFC (now Screen Australia) has a copy I don’t know about. I made some U-matic video copies of the work that is what the AFC might have.

I remember screening the tapes in the 80s in Bristol’s Arnolfini Art Gallery when Deb Ely was a curator there, meeting Mike Legget through that tour. I went looking for the original material because of this event but could not find it. It might also be lost as well. I sold this de-facto original/copy through Bruce Hodsdon to the Film Study Collection at the National Library in the 80s. That collection moved around through Cinemedia (now ACMI) from the National Library before it got to the NFSA.

When I sent the film to the National Library as part of the wrapping, I placed it in a red and green woolen toilet covering because I could not find any appropriate string. Bruce took a photo of it like that and put it out as part of press release about the evolving Film Study Collection.

When it was at Cinemedia I borrowed it, perhaps for the OtherFilm performance, and in talking to Simon Pockley, he said that given it’s singularity, that they would make a digital copy of the work for posterity.

I did not hear anything further till the chance came up to publish the work digitally on DVD a couple of years ago. I had to make a new digital copy through the NFSA, using the print they had. It cost around $1000. I was then asked by the NFSA if I was interested in donating a DVD to their collection once I had produced that. Things had now got to the stage I was servicing as a customer a structure initially set up to support and promote Australian work.

About a year later, I got an email from ACMI saying they had come across a digital copy of Experiments in a storage area, and if I sent them a Hard Drive, they could send me a copy. I appreciated that but have not needed to open the mailed package. 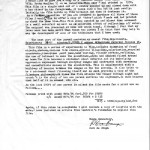 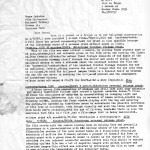 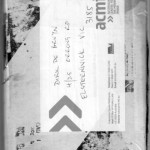 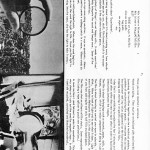 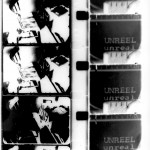 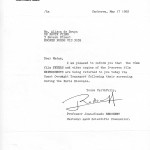 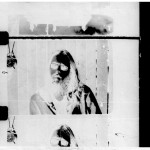 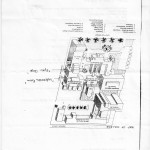 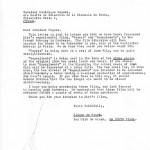 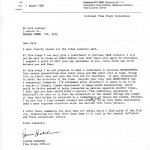