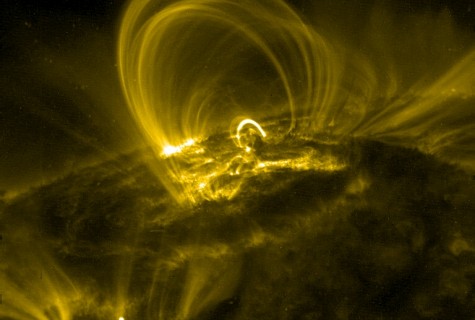 A whole world of sound that’s “out there”

High-profile American theorist Douglas Kahn is set to unleash his unique mix of ideas about sound, art and the cosmos on Brisbane audiences. Kahn’s cutting-edge work explores the collision between art and technology in sonic practice by placing in the context of modern and postmodern experiment. As the art world marks the 100th anniversary of the Futurist Manifesto, Kahn’s celebrated research into the Futurists, noise, machines, music and electromagnetism resonates with a special significance.

Throughout October and November 2009 Kahn is touring Australia in association with the Australian Network for Art & Technology’s Embracing Sound program to promote the November 09 Sound Art issue of Art Monthly Australia, which he guest-edited. Douglas will share his insights into the relationships between astronomy, cosmology, science, technology, radical aesthetics and the natural noises made by electricity and other elemental energies in our atmosphere.

For the Brisbane leg of this tour, QUT, The State Library of Queensland and OtherFilm have partnered to bring Douglas Kahn to the city for a high-calibre 2-day festival experience, Wireless Imagination. The event will feature informative talks, eye- and ear-opening film screenings, and exhilarating live performances by leading sound artists from around Australia, all addressing the creative themes running throughout Kahn’s fascinating and eagerly sought-after scholarly work. We hope you can join us for this exclusive, evolving multimedia experience.

The AMA November Sound Art edition and Kahn lecture tour is made possible from funding support from the Australia Council for the Arts Music Board and the Visual Arts Board International Strategies Review.