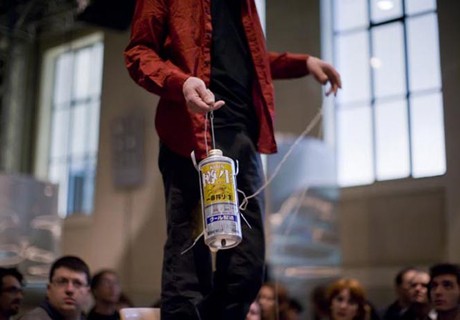 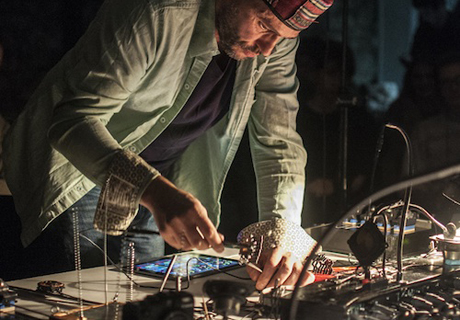 Jean-François Laporte is a composer, sound artist and instrument builder from Quebec, Canada, who creates thunderous corporeal sound performances, deep listening experiences and performative actions, enveloping the audience in moments of sonic ecstatic. Pursuing a hybrid approach integrating visual arts and sound exploration, Laporte creates instruments which are activated and controlled by computer and robotised means, but which ultimately meet acoustic ends, and which often conjure the forces of nature as influence. With an intuitive approach to creating music, Laporte learns art through concrete experimentation on matter, his unique artistic vision relying on the active listening of each sound / object / material.

Since the mid 1990s Laporte has been developing and making new musical instruments (Tu-Yo, Bowl, FlyingCan, Sax-trunk, Vibrating Membranes and Siren Organ), and since 2002 he has created visual and sound installations both solo and in collaboration. As a composer Laporte has written over 80 works which have been performed at festivals across the globe, earning him numerous awards and commissions.

Laporte is a PhD candidate at the University of Huddersfield (UK), and his works are available on Babel Scores Edition (contemporary music online), and he continues to make and exhibit work via the outlet Productions Totem Contemporain.

“Jean-François Laporte works with the concrete, seeks the unlimited, and banks on the unpredictable, a Faustian risk that serves to renew music in this young century.” – Richard Simas, Music Works 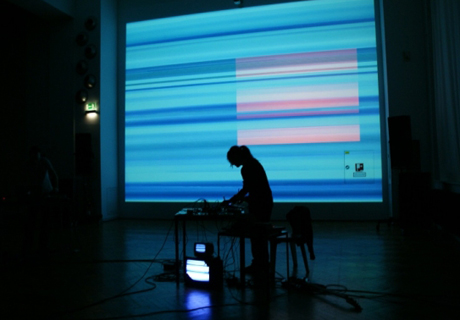 Billy Roisz is one of the best known figures on the Austrian experimental scene, combining her favoured technologies with an intuitive approach to the mind’s internal perception of sensory data input. Her interest in translating experimental music into ‘visual memory images’ is both informed by and extends upon minimal and conceptual art. She specializes in feedback video and video/sound interaction by using monitors, cameras, video mixing desks, a self-built video synth, computers, bass guitar and turntables. Focusing on the links and gaps between visual and auditive perception, Roisz seeks to reimagine the interchangeability or unity of the electromagnetic signal in her audiovisual generating machines.

“Billy Roisz has been operating at the fringes of post-Mego Viennese electronics and electroacoustic Improv since the late 90s.. Walking The Monkey is her solo debut, and is a sharp piece of work. Its six tracks.. [are] all carefully balanced, ostensibly loose, roaming motion belying a smart compositional sensibility.” – Nick Cain, The Wire 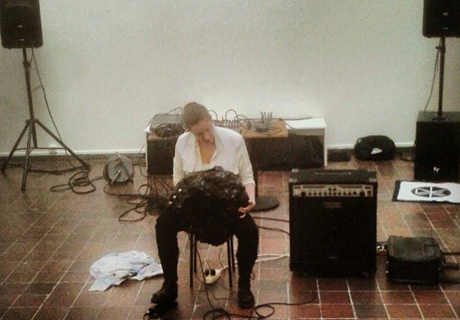 Louise Magnusson is a sound artist and composer originally from the north of Sweden, and an active member of the Gothenburg sound art scene. Magnusson works with the idea of ’tactile’ and ‘subjective signaling systems’ as her main philosophy which influences her range of built instruments and performances which touch on elements of drone, folk and electroacoustic sound art. Exploring what sound, thought and touch have in common and their relationship to the experience of the world is what drives her work.

Her live performances focus on noise music and her intent is to express and explore the potential of ‘communication’ through sound as a physical experience. Through the use of feedback through materials such as wood and steel, Magnusson develops instruments that are both controlled and have a life of their own. Her performances are shaped by her underpinning notion that speech may come before structure in an intuitive, imagined language.

Magnusson is a member of Geiger – the Gothenburg association for new, experimental music. She is also a producer for Magnet new music festival, Sweden.

With thanks to Simon Parris at South London Gallery