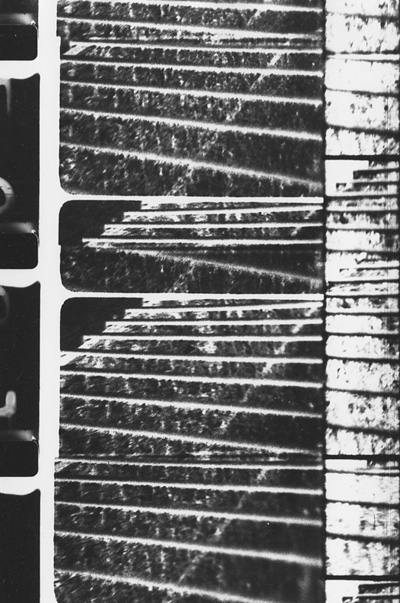 “In Railings Sherwin films along the bars of a park railing with the camera turned through ninety degrees, so that they appear in the soundtrack as closely-packed horizontal lines, which generate a buzzing sound that varies according to the movements of the camera. Even when the image is static, the individual frames continue to pass constantly over the sound replay head, so that while the image stops and starts the sound is continuous. In this way the difference between the intermittent picture reproduction and the continuousness of sound is highlighted. When screened, the projector is turned on its side so that the image appears right way up”. – Nicky Hamlyn