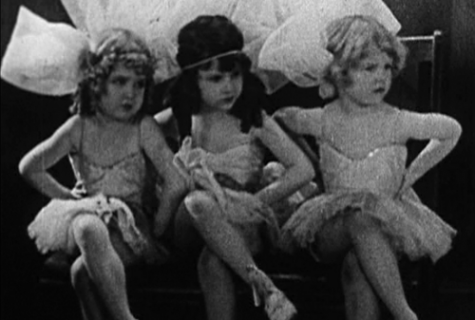 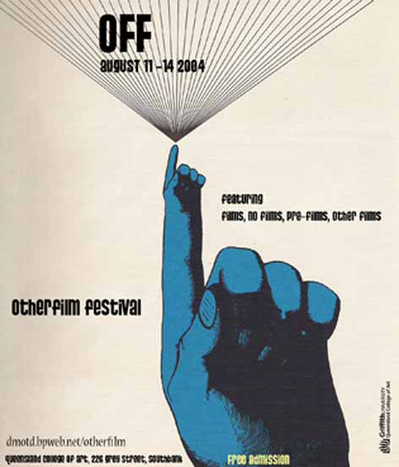 The UBU collective, active in Sydney between 1965 and 1970, encouraged mass participation in filmmaking by distributing ‘handmade film kits’ containing materials for the instant production of films. Handmade filmmaking is an inexpensive, accessible process where objects, textures and images are worked directly onto the film surface, bypassing the need for cameras, lenses etc.

After the workshop, the handmade film will be edited together to form a ‘collective film’ which will be screened on Saturday 14th at the end of the festival.
Workshop facilitated by Sally Golding and Pia Borg.

music to make films to
Venue: The Project Gallery, 6- 10pm

Introduced by Danni Zuvela, a program of experimental hand- made films incorporating hand-painting, scratching, cameraless animation, found footage – and even an early sex manual film! Films projected on 16mm include

plus Giant Textures installed throughout the gallery by Velvet Pesu, and Ray Gun Virus tribute act.

Charming and brightly-stylised account of a child’s “extreme” speech impediment (i.e. he makes noises instead of, like, regular speech!) Penned by that King of American crypto-Dada, Dr Seuss, this Oscar-winning animation described some radical innovations in US studio cartooning – eschewing both antic gags and maudlin sentiment, and with a graphic style heavy on modernist influence. Product of the UPA studio, then a haven for blacklisted animators and young noisenik, Tod Dockstader.

From the CBS-TV ‘Century21′ series. An extraordinary survey of medical imaging techniques – x-ray cinematography, microscopy & time-lapse – with particular attention on the close-up revelation of internal body via endoscopy (Ewww, gross!!!). Maybe not so recommended for squeamish types…Narration by Walter Kronkite. Embellished by a subtle and appropriately alien soundtrack from the Columbia-Princeton Electronic Music Studio.

The landscape surveyed here might be the estranged interior of your typical East-European-émigré-animator’s skull; with its deranged narrative values, artfully disturbed graphic style, and aggressive “musique concrete” sonorities, Kamler’s are among the most astounding works you’ll ever see…

In company of Walerian Borowczyk, Peter Foldes & Arcady, Kamler is successor to a prestigious tradition of East European émigré animators (think: Alexieff, Bartosch, Starewycz). Like their precursors, they are also among the most distinguished artists in cinema, celebrated for graphic style and narrative experiment. This film boasts a striking electronic soundtrack, from one of the finest ‘musique concrete’ composers (performing in Brisbane for the Liquid Architecture Festival, 2003); no surprise – this film was produced by the famous INA-GRM, the audio-visual research institute founded by electronic music pioneer Pierre Schaeffer!

Penderecki’s music found effective application in the scores of The Shining and The Exorcist, but this was his first original soundtrack composition – and embellished by some subtle studio electrics…

‘on / off’
Expanded cinema for multiple projectors and amplifiers.
Venue: Theatrette, 7pm- 11pm

A live experiment lasting four hours. Of course, the audience is free to come and go, maybe.

Anonymous musicians, independently amplified mobile soundlabs, set up around the theatre seats, initiate devices and noises, reflect on the innovations of T. Dolby or B. Parmegiani…

“the a/v equivalent of a gangland rumble” – jamie hume

“a relaxing or educational night out” – joel stern

The entire ‘Friday 13th’ series will be projected simultaneously onto a single screen in the terrifying setting of the ‘grassy lawn’, against a lovely backdrop of unique apricot apartments.

collaborations in captivity
Venue: In the corridor, 7pm and 8pm

Have you been a bad boy, bubby? A special confluence exploring the theme of ‘captivity’, bringing together video, sound and performance artists in a lush synthesis of performance, images and noise.

Nylstoch performs his singular interpretation of cinema using the microwave as a screen, whilst conducting a ‘jack plug orchestra’ of non-musicians, plus Faber Castell touch, grab, and vibrate TV’s and VCR’s, followed by Resi-Quat’s show for homemade animation and tape-recorders.

Plus the premiere of wednesday audiencefilm made on Wednesday 11 August, and screening in a dark hole somewhere ‘Table Affair, Rabbit Love’ by Sally M Golding, and Super 8 for Expanded Cinema by Louise Curham, captain of the Sydney Moving Image Coalition.