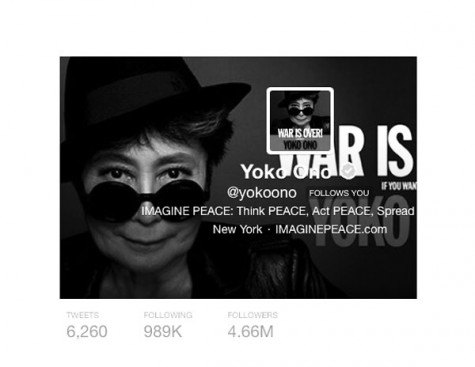 A. I am taking Yoko Ono’s current day Twitter feed as an unrequited instruction set. I follow Yoko Ono and Yoko Ono follows me.

A. I have a structure within the walls of the MCA. The technology of the image projection. The design of the seats. We have voice, light, human will. I feel energised by unbridled human energy in tightly controlled environments.

Postscript. I don’t believe in freedom in art. It can only be given by imposing a structure or rule set upon it. There is no freedom. There is no restraint.