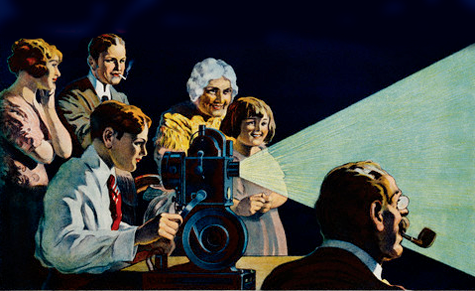 David Perry was a member of the Ubu film collective (1965-1970) who later formed the Sydney Filmmakers’ Co-operative, an important local manifestation of the international avant-garde film movement. Ubu’s anarchic celebration of their poverty of means saw them champion ‘handmade’ films, created without the use of a camera, by scratching, painting or otherwise printing directly onto the film stock itself. Halftone is a handmade film made by enlarging the halftone dots from newsprint to create kinetic patterns which also provide the sound track.