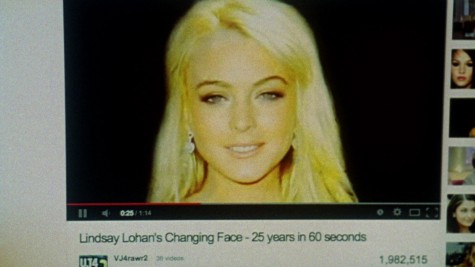 Q. Which Yoko piece(s) are you responding to and how?
A. Imaginary film series Shi (from the cradle to the grave of Mr So.) & Film no 9. Don’t Worry Love. The two instructions were selected randomly, and the KEY words from each were entered into the search engine of www.youtube.com. The resulting film was found through a combination of Ono’s words and the algorithm of my own search history. The first film in the search results was then rephotographed from the computer screen frame by frame with a 16mm stop motion camera. Film no. 9 Don’t worry love was instructed to be shot in high speed so each frame was shot 5 times. 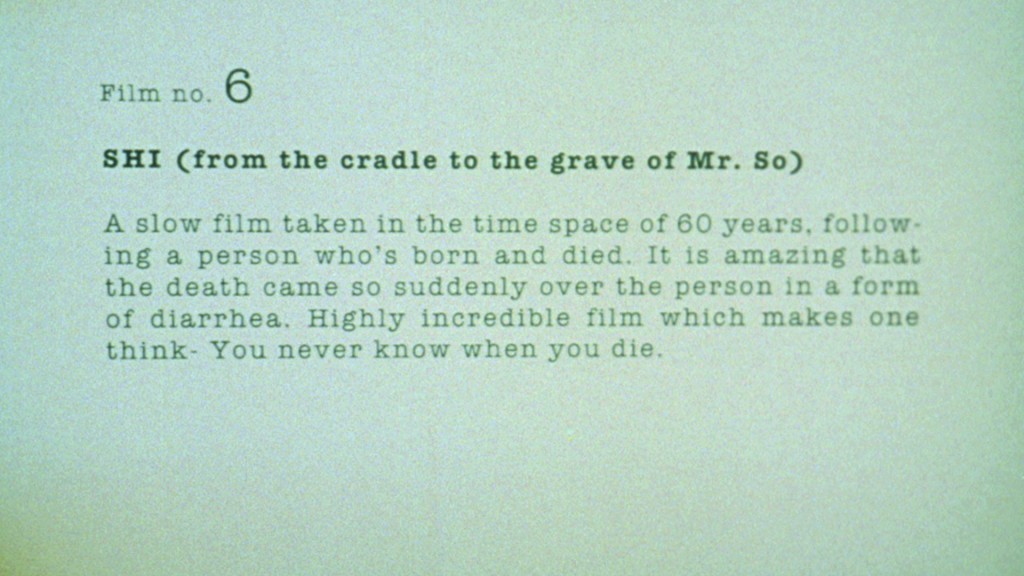 A. My approach to the project was to impose a further set of predetermined conditions to Ono’s instructions. These conditions consisted of restricting myself to working with material generated by random search results and to limit my subsequent development of the project to the direct re-photography of this image created by someone else. It is difficult to place yourself firmly on the spectrum between spontaneity and score as the restriction of the instruction and the further added predetermined conditions was a freeing process in that certain fundamental decisions were outside of my own control. The act of rephotographing a film frame by frame offers small opportunities for improvisation – in the exposure, the light, the flicker of the film – and by varying the frame rate this material became my own. The duplication of another filmmakers material from YouTube echoes the notion of making a film based on another’s instruction. YouTube seemed to be the ideal resource. Much of its content bears the trademarks of the fluxus movement: a DIY sensibility, simplicity and humour, playfulness and the incorporation of everyday objects, sounds and images.