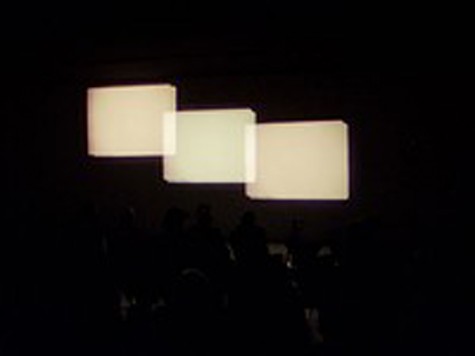 William Raban was a colleague of Lis Rhodes’ and Guy Sherwin’s at the LFMC, and like them, is also known for expanded cinema presentations.

“I was looking for a pure image, an image which was intrinsic to the medium of film. This film is not an abstract film; this film is ‘about’ the projector gate, the plane where the film frame is arrested in the projected light beam, and the frame whose edges contain and divide the projected illusion from the blacked-out present of the movie theatre.” – William Raban.