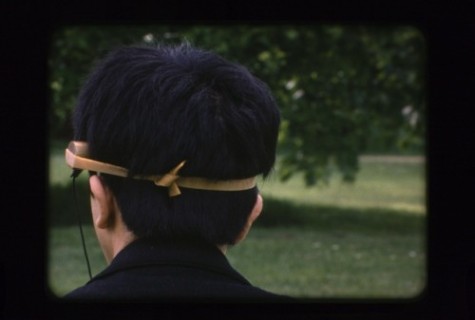 A Grammar For Listening.

Over the centuries, Western culture has relentlessly attempted to classify noise, music and everyday sounds… Ordinary noises and the mundane sounds that are not perceived as either annoying or musical are of no interest.’ – Sonic Experience: A Guide to Everyday Sounds – Jean-François Augoyard, Henri Torgue

How to create a meaningful dialogue between looking and listening? Luke Fowler’s  (b. 1978, Glasgow) film cycle A Grammar for Listening (parts 1-3) attempts to address this question through the possibilities afforded by 16mm film and digital sound recording devices. In part 1, Fowler furthers his on-going dialogues with the sound artist Lee Patterson (Manchester, England). Parts 1 and 2 (Eric La Casa and Toshiya Tsunoda respectively) evolved from filming and recording trips, whose locations were chosen based on a number of geographic and acoustic possibilities.

curated by OtherFilm for the NOW now 2013

A Grammar For Listening. - WORKS